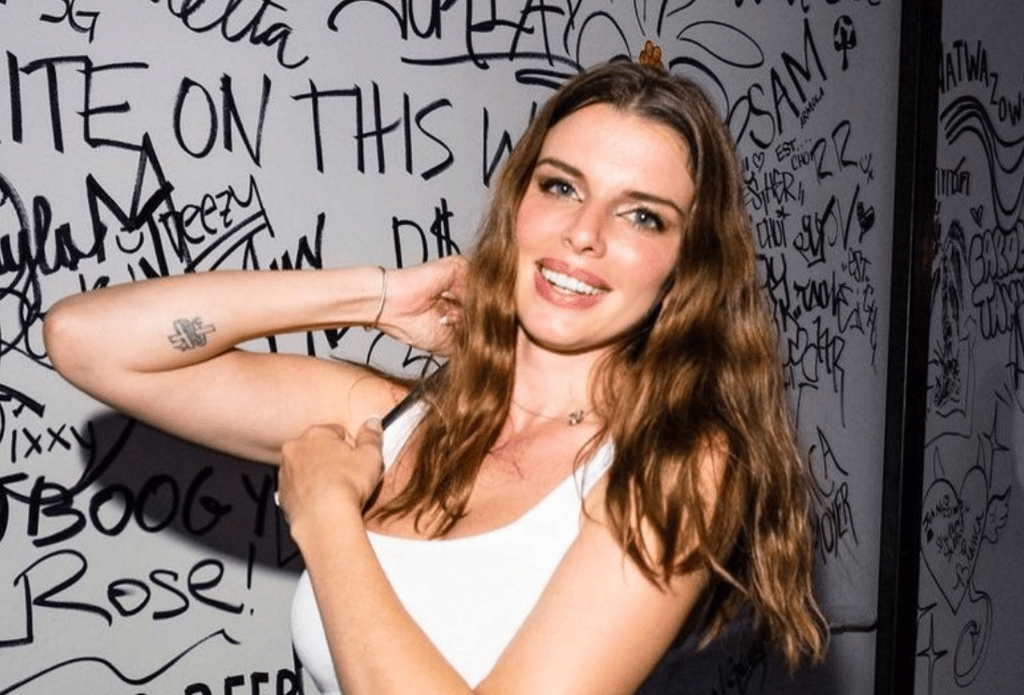 Kanye West and his new girlfriend Julia Fox have been grabbing headlines since they first hooked up on New Year’s Eve, but who exactly is she and is their relationship for real, or just a PR stunt? Newschain investigates.

West’s estranged wife, Kim Kardashian, 41, filed for divorce last February leaving the 44-year-old rapper – who recently legally changed his name to “Ye” – single and ready to mingle, and mingle he has! Since then he has been linked to Bradley Cooper’s ex, model Irina Shayk, 36, and Instagram model, Vinetria, 22.

Most recently however, he has been snapped wining and dining Uncut Gems actress Fox, 31, including an exposé about their fledgling romance complete with PDA-heavy photos in Interview magazine.

So who exactly is Julia Fox?

Italian-American actress, artist, model, and filmmaker Julia Fox was born on February 2, 1990, in Milan, Italy, to an Italian mother and an American father. Initially raised by her grandfather, she relocated to New York, USA, when she was six.

Growing up in the city that never sleeps, she worked several service jobs, including at a shoe store, an ice cream shop, and a pastry shop.

Like West, she can also add clothing designer to her resumé, having launched a successful women’s knitwear line called Franziska Fox, with her friend Briana Andalore.

What is Julia Fox best known for?

She got her big break starring alongside Adam Fox in the Oscar-nominated movie Uncut Gems.

As of January 2022, Julia Fox is still married, however like West, she is estranged from her spouse.

Fox married Peter Artemiev, a private pilot based out of Brighton Beach, Brooklyn, in November 2018. She gave birth to the couple’s first and only child, a son in February 2021.

Fox and Artemiev are currently separated.

How did Kanye West and Julia Fox meet?

According to Fox in a piece she wrote for Interview magazine, they met in Miami on New Year’s Eve, 2021, where they had an “instant connection.”

“We decided to keep the energy going and fly back to New York City to see Slave Play,” she said of their second date.

Fox says that, after seeing the play, she and West went to “one of my favorite restaurants,” the NYC eatery Carbone. “At the restaurant, Ye directed an entire photo shoot for me while people dined!” she said. “The whole restaurant loved it and cheered us on while it was happening.”

The surprises didn’t end there as afterwards he took her back to his hotel – to put clothes on!

“He had an entire hotel suite full of clothes. It was every girl’s dream come true. It felt like a real Cinderella moment. I don’t know how he did it, or how he got all of it there in time,” she gushed to the publication.

Reflecting on the future of the relationship, which she describes as “organic,” the mother-of-one said: “I don’t know where things are headed, but if this is any indication of the future I’m loving the ride.”

Yes, awkwardly, Fox has confessed to being a die-hard fan of her family and reality TV show Keeping Up With The Kardashians.

While looking back on the pop culture events of 2021 during her potify podcast Forbidden Fruits with co-host Niki Takesh, Fox not only touched on Kardashian filing for divorce from West, she also shared her disappointment over her long-running E! show coming to an end after 14 years.

“I’m gonna miss Keeping Up,” she reflected. “I’ve been watching Keeping Up since it first came out in like 2007, when watching it was embarrassing. [We are] like die-hard, O.G. [fans of the show]. … I, like, wanted them to be my family.”

Does Julia Fox have a connection to Kim Kardashian’s boyfriend Pete Davidson?

Fox and Davidson dressed up as iconic boyfriend and girlfriend, Barbie and Ken, for Paper magazine’s November 2019 issue entitled titled “Break the Internet” and the pictures are incredible.

The photoshoot was produced by Emily Ratajkowski’s husband Sebastian Bear-McClard and sees the Saturday Night Live funny man and actress pose as the toy characters in various scenarious.

Is Kanye West and Julia Fox’s romance all a PR stunt?

No, not according to Fox.

Raising the issue during a recent edition of her podcast, she said: “There’s always people that think every single celebrity scandal is a set-up. I personally don’t.”

Elaborating further, she said: “I feel like, to the people who know us both personally, like all the people that we have in common, like friends in common, have texted me like, ‘Oh my God, this makes so much sense’.”

She also said there was so much public interest in their relationship “because it’s meta”.

Watch the stories that matter, right from your inbox

Don’t want a face-to-face interview? Here’s how to register for Census 2022 online

‘Delicious Romance,’ with its women- and LGBTQ-driven stories, is a surprise hit in China – SupChina