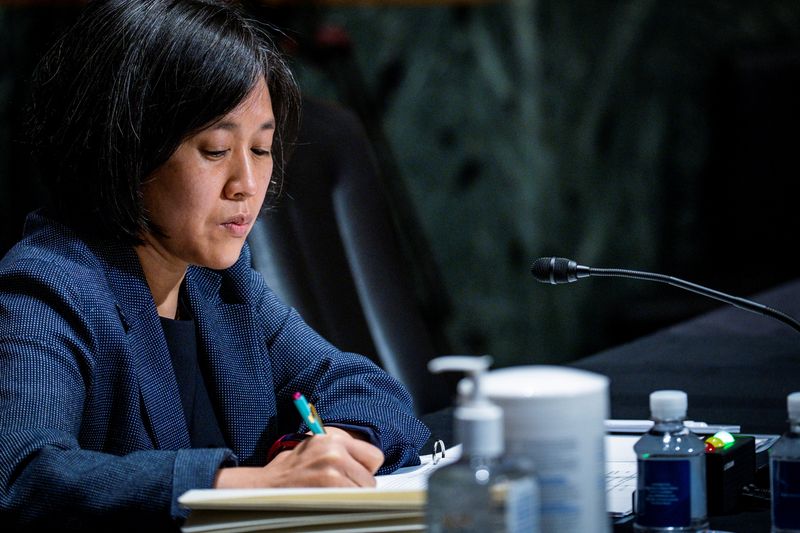 In a virtual meeting on the eve of the first meeting of the U.S.-Mexico Canada Agreement Free Trade Commission, Tai also raised concerns about Canada’s recently proposed digital services tax, USTR said. The trade agency is readying potential tariffs on six countries while international negotiations on the issue proceed.

These included concerns about U.S. “Buy America” government procurement restrictions and an ongoing dispute over U.S. tariffs on Canadian softwood lumber. American home builders and U.S. lawmakers have asked Tai to lift the 9% duties to ease a supply crunch that has sent lumber prices soaring.

“Minister Ng reiterated that it was in the best interest of both countries to reach an agreement on softwood lumber and raised the impacts of solar safeguards,” the trade ministry said.

The trade ministry said Ng “noted the importance of the continued safe operation of Line 5” which runs under the Straits of Mackinac in the Great Lakes.

The trade deal also raised the “de-minimis” duty-free threshold for small duty-free shipments of goods to C$150 from C$20 previously, a move expected to benefit U.S. e-commerce companies such as Amazon.com (NASDAQ:) and eBay (NASDAQ:)

The meeting of the USMCA Free Trade Council, which includes Tai, Ng and Mexican Economy Minister Tatiana Clouthier, will also discuss several irritants in Mexico’s implementation of the accord, notably on labor rights. Tai has pledged to bring up allegations that labor rights were denied in a union contract vote at a General Motors (NYSE:) truck plant in the central Mexican city of Silao and a union membership drive at an auto parts plant in the Texas border city of Matamoros.