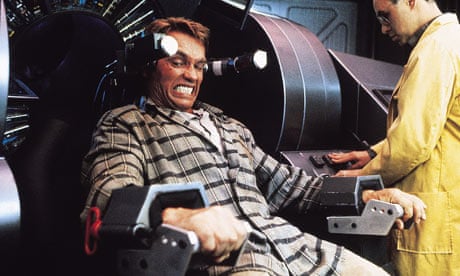 As a curtain-raiser to the new version of Total Recall starring Colin Farrell coming out later this year, here’s a rerelease of Paul Verhoeven’s sci-fi action picture from 1990, based on the Philip K Dick short story We Can Remember It for You Wholesale. In a distant future where interplanetary travel is commonplace, construction worker Douglas Quaid (Arnold Schwarzenegger) pines for a trip to Mars, but his wife Lori (Sharon Stone) isn’t interested. So instead he goes to a mysterious neurosurgery company that promises to implant a vivid memory of a glorious trip to Mars in his mind at a fraction of the real-world price. It all goes horribly wrong.

This wildly successful movie laid the foundations for The Matrix and Eternal Sunshine of the Spotless Mind, though time has not been kind to the pre-CGI future-world sets, and occasionally there’s a bit of a Lew Grade look to the whole thing. Never mind. It’s still a guilty pleasure – though the guilt quotient is a bit higher – and that’s down to the still-extraordinary presence of the massively gym-built Arnold who somehow doesn’t date: still postmodern and post-Earthling after all these years.

Now that Trump’s gone, a rush of federal judges decide it’s safe to step aside