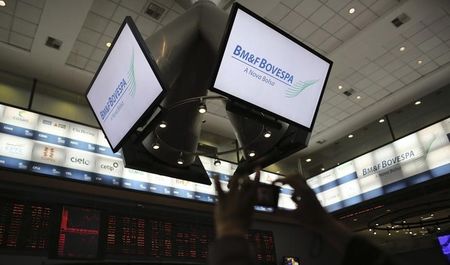 South Africa’s edged lower on Wednesday to 14.5225 per dollar in cautious trade as investors awaited local and international signals with little to drive a move in either direction. ZAR/

Stocks fell, led by market heavyweight Naspers and technology investment company Prosus NV after it said it will sell a 2% stake in software group Tencent , worth about $15 billion at current prices, in what could potentially be the biggest block trade on record. .J

Asian share markets lagged on Thursday as U.S. stock futures nudged to another record high after the Federal Reserve underlined its commitment to keeping policy super loose even as the economy enjoys a rapid recovery. MKTS/GLOB

Major averages hovered near unchanged on Wednesday, with the closing up slightly after the Federal Reserve released minutes from its most recent meeting that reinforced the U.S. central bank’s position to remain patient before raising rates. .N

For the top emerging markets news, double click on – – –

What happened on 08 April?

Weatherwatch: why Atlantic Portugal has a ‘Mediterranean climate’ | Environment

Weatherwatch: why Atlantic Portugal has a ‘Mediterranean climate’ | Environment

Sex and the City reboot: what to expect