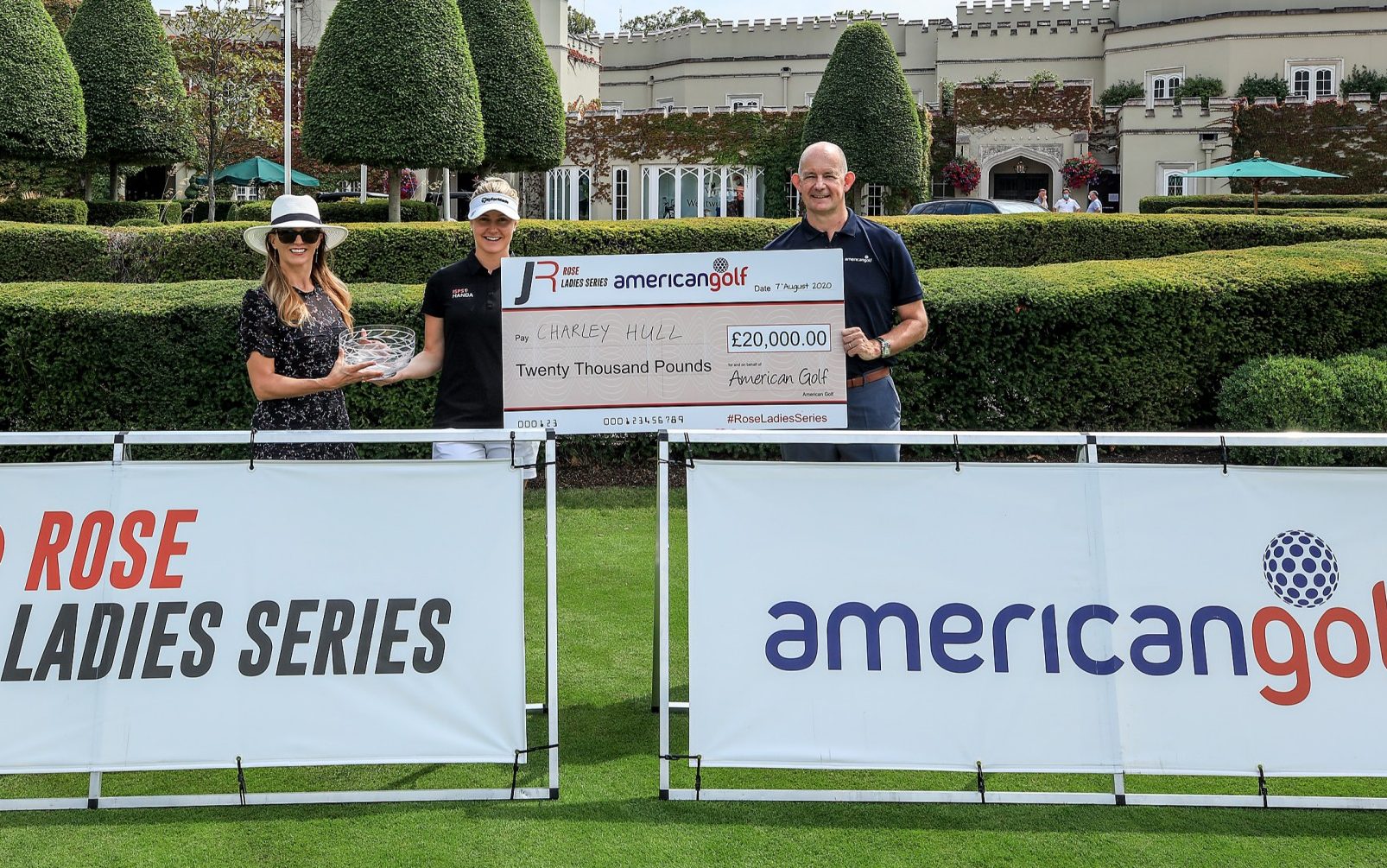 The Rose Ladies Series Grand Final has been cut short because of a large wildfire near Wentworth, with Charley Hull announced as the Order of Merit winner.

The famed West course in Surrey was evacuated during Friday’s third and last round after fire spread from Chobham Common, close to the 10th hole.

Series organisers have been unable to find an alternative date and venue due to the resumption of the Ladies European Tour with the Scottish Open next week. As a result the tournament reverted to 36 holes, which were played on Wednesday and Thursday at North Hants and Berkshire.

Alice Hewson — a rookie this year on the Ladies European Tour — who led going into Friday, has been declared the winner of the Grand Final Tournament picking up a cheque for £10,000. Order of Merit winner Hull won £20,000.

Kate Rose, who founded the series two months ago, presented the prizes behind closed doors at Wentworth on Saturday morning.

The Roses, along with sponsors American Golf and Computacenter, had paid accommodation costs for players on Saturday night after play had been originally suspended until 9.30am on Saturday. However, the wildfire blazed throughout the night and nearby homes had to be evacuated. After meetings with the emergency services, it was decided that course had to remain closed on Saturday.

The three-day grand final followed seven one-day tournaments being held in England in June and July. It was the first time a professional ladies’ tournament had been held on Wentworth’s revered West course.

Conservatives Are Lining Up To Primary Anti-Trump Cheney In Wyoming