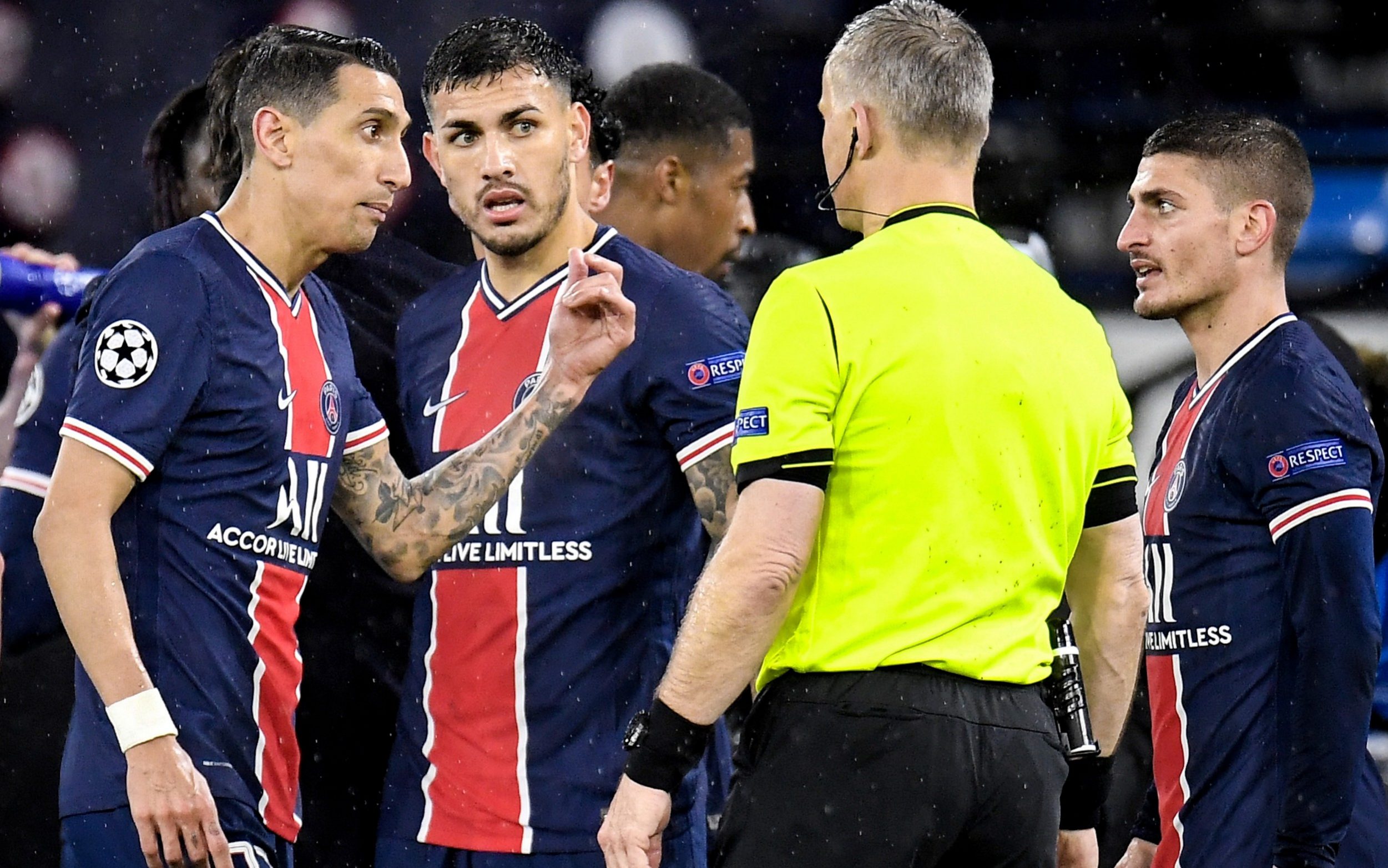 Paris Saint-Germain players angrily accused referee Bjorn Kuipers of telling them to “f— off” during their Champions League semi-final defeat at the Etihad Stadium.

Marco Verratti revealed he was sworn at by the Dutch official, while Ander Herrera claims he heard Leandro Paredes getting insulted.

Kuipers sent off Angel Di Maria for kicking out at Fernandinho and booked four other PSG players as the French champions lost their heads at the end of a 4-1 aggregate defeat.

“We are told about respect, about respect with the referees. He said ‘f— off ‘ to Paredes. If we say that, of course we get four matches (banned),” said Herrera to RMC Sport.

Verratti added: “The referee told me ‘f— k you ‘twice, I never said that because otherwise, I’ll take ten matches! But if you’re eliminated, it’s not the referee’s fault.”

“They lost their nerve and started kicking us. They got the red card and after that it was more comfortable for us,” he said.

“We need to believe what they are telling us but the most important thing is we are not in the final,” said the former Tottenham Hotspur coach.

“I didn’t hear from the touchline but if something is there, maybe Uefa will investigate the situation. It is not an excuse to use and the most important thing is that we are not in the final.”

Biden pushes for diversity in transition to clean energy

Biden pushes for diversity in transition to clean energy