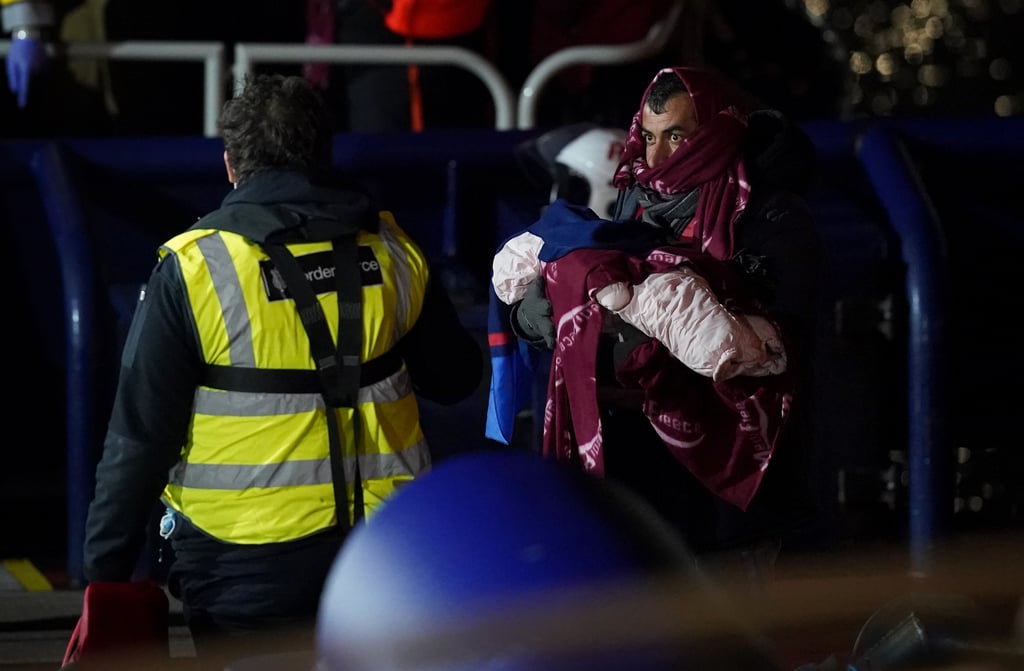 A boat of people, believed to be migrants, has been brought into Dover the day after a man died while trying to cross the English Channel.

Photos show a number of people, including at least one child, arriving at the port in the early hours of Saturday morning.

The group was rescued in pitch-black conditions by the RNLI following a small boat incident in the Channel.

On Friday, a Sudanese man in his 20s was found unconscious and pulled from the water after going overboard as he and others attempted to reach the UK, according to French authorities.

The man was taken back to shore but declared dead.

A manslaughter investigation has been opened, the Boulogne-sur-Mer prosecutor said.

In that incident, a total of 32 people were rescued off Berck, near Calais, in a state of hypothermia, authorities said.

The death came less than two months after at least 27 people died when their boat sank off the coast of France in November.

More than 450 people have made the life-threatening trip across the Channel in small boats in 2022, following a record-breaking year in 2021.

At least 271 people aboard 10 small boats reached the UK on Thursday, including a young child wrapped up in an orange lifejacket and wearing a beanie hat.

Watch the stories that matter, right from your inbox

Rifle and ammunition found from suspicious car by police