Kevin Feige is an accomplished American filmmaker and the president of famous Marvel Studios.

The filmmaker was born on June 2, 1973, in Boston, Massachusetts. Feige took after his grandfather and pursued a career in the film industry after many rejections to get into the USC program.

Kevin started his career in the film industry as an associate producer in the initial X-Men film. Kevin did a great job with Marvel Studios and was promoted to be the production president in 2007. He has helped with the following movies:

“Rejection is a common occurrence. Learning that early and often will help you build up the tolerance and resistance to keep going and keep trying.”

“We always set out to just make a great movie.”

“We try to keep audiences coming back in greater numbers by doing the unexpected and not simply following a pattern or a mold or a formula.”

“Humor is the secret into the audience’s other ranges of emotions.”

“From a financial perspective, you have to think about what the film will generate in revenue so you can set a budget against it.”

“You can drive yourself crazy and tie yourself in knots trying to anticipate what someone’s going to like or not like, and doing test screenings and opinion polls. But pay too much mind to that, and you’ll wind up with a big pile of mush.”

“I’ve always believed in expanding the definition of what a Marvel Studios movie could be.”

Habit #1: Be Ready For Rejections

Kevin is on record for saying, “Rejection is a common occurrence. Learning that early and often will help you build up the tolerance and resistance to keep going and keep trying.”

For instance, he applied for college five times, and they accepted him the sixth time. Feige believes that he could not have had all the success he has now if he gave up after being rejected several times.

It is normal and common to be rejected at some point in life. However, successful people do not stop pursuing their dreams because of Rejection. Keep pushing, and you will eventually accomplish your goals.

Read – How I Found My Gift Failing and Paying Attention

Rejection is a common occurrence. Learning that early and often will help you build up the tolerance and resistance to keep going and keep trying.”

Habit #2: When You Do Something Do Your Best

Feige believes in doing the best he can in all his roles as a filmmaker. He once said, “We always set out to just make a great movie.”

His hard-working work and ability to produce top-notch films enabled Kevin to grow his career from being an assistant producer to Marvel Studios president.

Develop a culture of doing your duties to perfection if you want to have a successful career. That way, your bosses will be happy with your work, and you will get promotions and salary increments.

For those running their businesses, work hard, and give your customers value for their money so that they can continue buying your products.

Read – When You Try Your Best and You Don’t Succeed

Feige believes in doing the best he can in all his roles as a filmmaker. He once said, “We always set out to just make a great movie.

Kevin started his career as an assistant film producer and climbed the ladder to become a producer and Marvel Studios president.

Feige believes that his ability to make consistent improvements in his work has enabled him to reach his career peak. He credits his achievements to hard work and his ability to identify and utilize opportunities.

The secret to success is starting small and growing to become the best in your industry. You can create as a junior clerk and climb the ladder to become a manager or a CEO.

For those who want to make a career from their talents, you can start by doing small gigs and then grow to become a global superstar. The rule of thumb is to make sure you make progressive growth in your career or business.

Read – Growth Mindset – What You Believe Impacts Your Success

Tapping experts in an industry experiencing major disruptions, The Movie Business Book Fourth Edition is the authoritative, comprehensive sourcebook about process, covering everything from online micro-budget movies to theatrical tentpoles.

Because barriers to entry are disappearing, this must-read is for students, industry newcomers, young professionals and movie buffs. 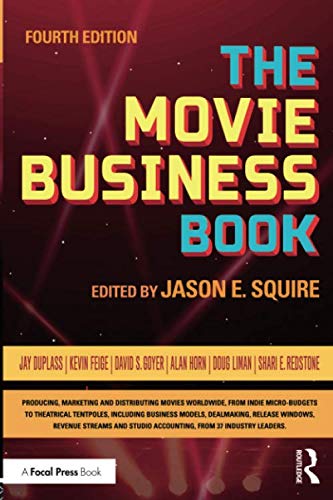 Gold: The Highway To Inflation Is Open

Gold: The Highway To Inflation Is Open

How To Shop Small During COVID-19

Christmas trees: how the costs of real, fake and potted stack up | Money

R8.7 million worth of mandrax seized in Cape Town – The Citizen