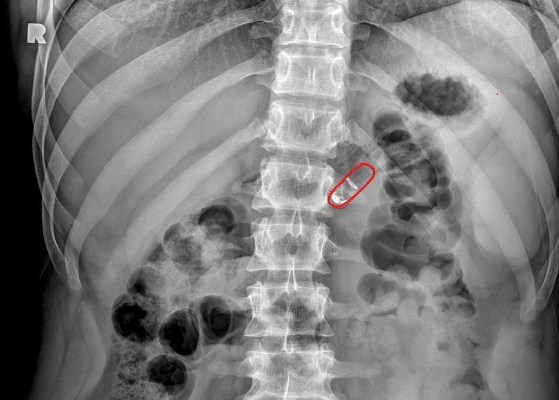 A new auto-injecting pill might soon become a replacement for subcutaneous injection treatments.

The idea for this so-called robotic pill came out of a research project around eight years ago from InCube Labs — a life sciences lab operated by Rani Therapeutics Chairman and CEO Mir Imran, who has degrees in electrical and biomedical engineering from Rutgers University. A prominent figure in life sciences innovation, Imran has founded more than 20 medical device companies and helped develop the world’s first implantable cardiac defibrillator.

In working on the technology behind San Jose-based Rani Therapeutics, Imran and his team wanted to find a way to relieve some of the painful side effects of subcutaneous (or under-the-skin) injections, while also improving the treatment’s efficacy. “The technology itself started with a very simple thesis,” said Imran in an interview. “We thought, why can’t we create a pill that contains a biologic drug that you swallow, and once it gets to the intestine, it transforms itself and delivers a pain-free injection?”

Rani Therapeutics’ approach is based on inherent properties of the gastrointestinal tract. An injecting mechanism in their pill is surrounded by a pH-sensitive coating that dissolves as the capsule moves from a patient’s stomach to the small intestine. This helps ensure that the pill starts injecting the medicine in the right place at the right time. Once there, the reactants mix and produce carbon dioxide, which in turn inflates a small balloon that helps create a pressure difference to help inject the drug-loaded needles into the intestinal wall. “So it’s a really well-timed cascade of events that results in the delivery of this needle,” said Imran.

Despite its somewhat mechanical procedure, the pill itself contains no metal or springs, reducing the chance of an inflammatory response in the body. The needles and other components are instead made of injectable-grade polymers, that Imran said has been used in other medical devices as well. Delivering the injections to the upper part of the small intestine also carries little risk of infection, as the prevalence of stomach acid and bile from the liver prevent bacteria from readily growing there.

One of Imran’s priorities for the pill was to eliminate the painful side effects of subcutaneous injections. “It wouldn’t make sense to replace them with another painful injection,” he said. “But biology was on our side, because your intestines don’t have the kind of pain sensors your skin does.” What’s more, administering the injection into the highly vascularized wall of the small intestine actually allows the treatment to work more efficiently than when applied through subcutaneous injection, which typically deposits the treatment into fatty tissue.

Imran and his team have plans to use the pill for a variety of indications, including the growth hormone disorder acromegaly, diabetes and osteoporosis. In January 2020, their acromegaly treatment, Octreotide, demonstrated both safety and sustained bioavailability in primary clinical trials. They hope to pursue future clinical trials for other indications, but chose to prioritize acromegaly initially because of its well-established treatment drug but “very painful injection,” Imran said.

At the end of last year, Rani Therapeutics raised $69 million in new funding to help further develop and test their platform. “This will finance us for the next several years,” said Imran. “Our approach to the business is to make the technology very robust and manufacturable.”

Early Stage is the premier ‘how-to’ event for startup entrepreneurs and investors. You’ll hear first-hand how some of the most successful founders and VCs build their businesses, raise money and manage their portfolios. We’ll cover every aspect of company-building: Fundraising, recruiting, sales, product market fit, PR, marketing and brand building. Each session also has audience participation built-in – there’s ample time included for audience questions and discussion.

Gigabyte tanks after mocking ‘Made in China’

BlackRock gets licence for China wealth management JV with CCB, Temasek By Reuters

Gonzalez successful in her first title defense; Stark and Storm collide next week

A delivery driver reflects on his life, with Beijing Lights · TechNode

Limpopo premier Mathabatha set to be rewarded for shielding Cyril