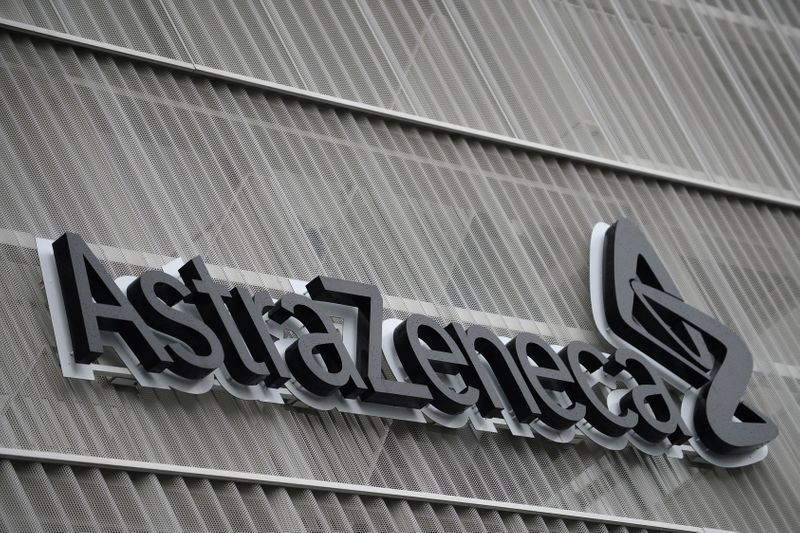 BRUSSELS (Reuters) – AstraZeneca (NASDAQ:) expects to deliver less than half the COVID-19 vaccines it was contracted to supply the European Union in the second quarter, an EU official told Reuters on Tuesday.

The expected shortfall, which has not previously been reported, comes after a big reduction in supplies in the first quarter and could hit the EU’s ability to meet its target of vaccinating 70% of adults by the summer.

The EU official, who is directly involved in talks with the Anglo-Swedish drugmaker, said the company had told the bloc during internal meetings that it “would deliver less than 90 million doses in the second quarter”.

AstraZeneca’s contract with the EU, which was leaked last week, showed the company had committed to delivering 180 million doses to the 27-nation bloc in the second quarter.

“Because we are working incredibly hard to increase the productivity of our EU supply chain, and doing everything possible to make use of our global supply chain, we are hopeful that we will be able to bring our deliveries closer in line with the advance purchase agreement,” a spokesman for AstraZeneca said, declining to comment on specific figures.

The European Commission, which coordinates talks with vaccine manufacturers, declined to comment on the figures.

The EU official, who spoke to Reuters on condition of anonymity, confirmed that AstraZeneca planned to deliver about 40 million doses in the first quarter, again less than half the 90 million shots it was supposed to supply.

AstraZeneca warned the EU in January that it would fall short of its first-quarter commitments due to production issues. It was also due to deliver 30 million doses in the last quarter of 2020 but did not supply any shots last year as its vaccine had yet to be approved by the EU.

All told, AstraZeneca’s total supply to the EU could be about 130 million doses by the end of June, well below the 300 million it committed to deliver to the bloc by then.

The EU has also faced delays in deliveries of the vaccine developed by Pfizer (NYSE:) and BioNTech as well as Moderna (NASDAQ:)’s shot. So far they are the only vaccines approved for use by the EU’s drug regulator.

AstraZeneca’s vaccine was authorised in late January and some EU member states such as Hungary are also using COVID-19 shots developed in China and Russia.

OUTPUT BOOST DOWN THE LINE?

While drugmakers developed COVID-19 vaccines at breakneck speed, many have struggled with manufacturing delays due to complex production processes, limited facilities and bottlenecks in the supply of vaccine ingredients.

According to a German health ministry document dated Feb. 22, AstraZeneca is forecast to make up all of the shortfalls in deliveries by the end of September.

The document seen by Reuters shows Germany expects to receive 34 million doses in the third quarter, taking its total to 56 million shots, which is in line with its full share of the 300 million doses AstraZeneca is due to supply to the EU.

The German health ministry was not immediately available for a comment.

If AstraZeneca does ramp up its output in the third quarter, that could help the EU meet its vaccination target, though the EU official said the bloc’s negotiators were wary because the company had not clarified where the extra doses would come from.”Closing the gap in supplies in the third quarter might be unrealistic,” the official said, adding that figures on deliveries had been changed by the company many times.

The EU contracts stipulates that AstraZeneca will commit to its “best reasonable efforts” to deliver by a set timetable.

“We are continuously revising our delivery schedule and informing the European Commission on a weekly basis of our plans to bring more vaccines to Europe,” the AstraZeneca spokesman said.

Under the EU contract leaked last week, AstraZeneca committed to producing vaccines for the bloc at two plants in the United Kingdom, one in Belgium and one in the Netherlands.

However, the company is not currently exporting vaccines made in the United Kingdom, in line with its separate contract with the British government, EU officials said.

AstraZeneca also has vaccine plants in other sites around the world and it has told the EU it could provide more doses from its global supply chain, including from India and the United States, an EU official told Reuters last week.

Earlier this month, AstraZeneca said it expected to make more than 200 million doses per month globally by April, double February’s level, as it works to expand global capacity and productivity.

The easyJet share price has taken-off. Would I buy the stock now?

The easyJet share price has taken-off. Would I buy the stock now?

In Myanmar Protests, Women Are on the Front Lines

NEW Loudbuzz Buzzbait from Ever Green and Diawa

The Rolls-Royce share price is around 110p. Should I buy shares now?