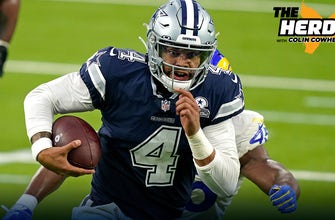 According to Colin Cowherd, Dak Prescott is the perfect example of a Quarterback who is ‘ready’. Despite the fact that we haven’t seen the Dallas Cowboys play in a year, despite him not having a top 15 NFL arm, Dak Prescott has signed a 5-year deal with the Jordan Brand, making him the only NFL quarterback in the league to do so, and the highest paid player in the league. Colin breaks down why Dak Prescott is how you play the game beyond the game at quarterback.

Why I hate these nonsensical ‘Build a roster with $10’ distractions

‘I just forgot how to laugh’