Baseball All-Star Game will not return to Atlanta, can stay in Denver -judge By Reuters 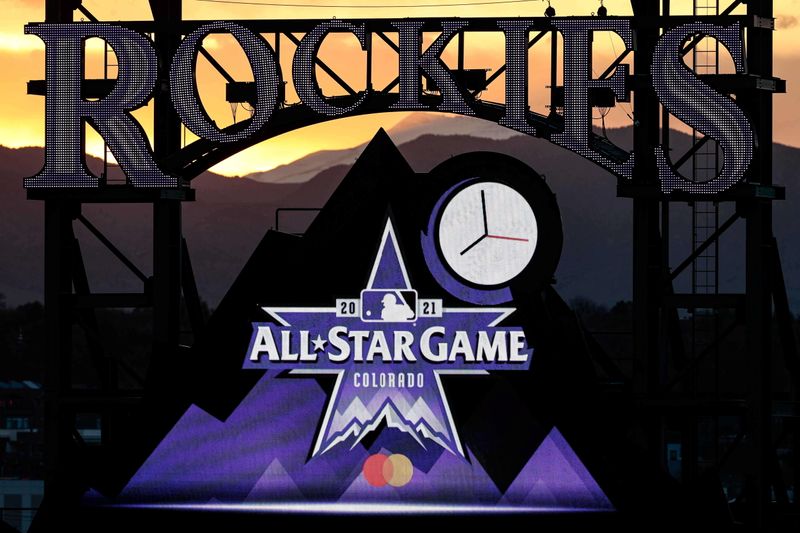 © Reuters. FILE PHOTO: May 13, 2021; Denver, Colorado, USA; Logos for the 2021 MLB All-Star Game are on display during the fourth inning of the game between the Colorado Rockies and the Cincinnati Reds at Coors Field. Mandatory Credit: Isaiah J. Downing-USA TODAY Sp

NEW YORK (Reuters) -Baseball’s annual All-Star Game next month will remain in Denver after a federal judge on Thursday rejected a conservative small business group’s request that it be returned to Atlanta.

Caproni said MLB’s decision did not single out small businesses, including the plaintiff’s estimated 3,600 members in the Atlanta area, for unfair treatment.

“To say that the legal underpinnings of this lawsuit are weak and muddled is an understatement,” Caproni said.

It added identification requirements for absentee ballots, limited drop boxes, and made it a misdemeanor to give water and food to people lined up to vote.

Howard Kleinhendler, the plaintiff’s lawyer, had said MLB’s opposition to the law was no reason to punish small businesses and others in Georgia.

“You can’t say yes to Colorado, no to Georgia because we don’t like your voting,” he said.

MLB has said moving the All-Star Game allowed it to demonstrate its values, serving the public interest.

Bitcoin is competing against innovation

Bitcoin is competing against innovation

KUWTK: Khloe Kardashian And Kylie Jenner Update Fans On Where They Stand With Jordyn Woods Nowadays After Her Tristan Thompson Scandal!

5 Mistakes Every Entrepreneur Should Avoid

Dollar Up, Holds Near Multi-Month Highs as Shock From Fed Policy Decision Continue By Investing.com