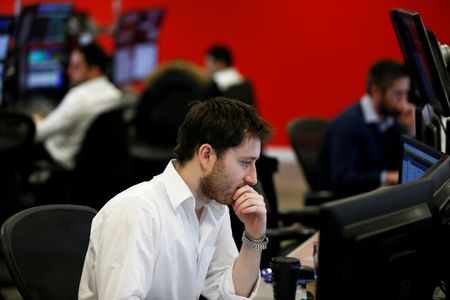 (Bloomberg) — Under pressure from investors and environmentalists, Anglo American (JO:) (LON:) Plc exited its South African coal business this week, but the spinoff could have an unforeseen outcome: higher output of the most polluting fuel.

“I didn’t take up this role to close these mines, to close this business,” Ndlovu said in a June 8 interview at Thungela’s new offices in Johannesburg’s Rosebank business district. “I took this role to do what is right for the people of this country.”

The CEO’s bullishness about an industry where prices are currently surging highlights the potentially unintended consequences of the world’s biggest mining companies stepping away from thermal coal. While Anglo’s exit burnishes its appeal to institutional investors with ambitious climate goals to meet, expansion at Thungela’s could mean the spinoff generates more greenhouse gases than had the mines been gradually run down by Anglo.

“Anglo was not going to invest in the future of these mines necessarily,” Ndlovu said. “We now are independent, where it makes sense we will absolutely invest in these mines. We know how to convert resources into production.”

The CEO expects seaborne coal demand to remain constant for at least a decade. Thungela’s annual exports total 16.5 million tons, most to Asian countries stretching from Pakistan to China and some to new markets in North Africa.

Still, embarking on expansion may put the company on a collision course with major investors such as Old Mutual (LON:) Group, which manages about 380 billion ($28 billion) of assets. Jon Duncan, Old Mutual’s head of responsible investing, said the expectation is that the market for seaborne thermal coal will decline and players like Thungela will need to wind down over time as the world transitions to cleaner energy.

“We see local coal producers like Thungela as yield companies; they should align their production with the requirements of climate science and national decarbonization policy, and importantly, pay out dividends while properly provisioning for the necessary rehabilitation and remediation,” he said in an interview. “I expect they would have a lot of very unhappy shareholders if they withheld dividends and blew capital on projects which have no return path.”

That will no longer be Anglo’s concern, as it said Thungela will now make its “own decisions on its direction and growth.”

“For many countries, particularly in developing economies, access to reliable and affordable energy depends on access to thermal coal,” said Anglo, which still has coal assets in Colombia and Australia. “Many communities, and countries across the world benefit from thermal coal production through local economic development, employment, export earnings and the provision of essential services.”

Ndlovu is confident his company won’t struggle to find funding for expansion, saying lenders in coal-consuming countries in the Far East may fund new developments even if financial institutions in South Africa and Europe are reluctant to.

“If you have got good quality resource in the ground, I think it offers exciting opportunities,” he said.

For Anglo, that could risk reputational damage.

“Anglo was very clear that the demerger was all about ‘pursuing a responsible transition away from thermal coal as the world transitions toward a low-carbon economy,”’ said Tracey Davies, director of Cape Town-based shareholder activist organization, Just Share. “If Thungela now expands its operations, thereby increasing its carbon emissions, then Anglo’s claims ring hollow.”

Stock market crash! Are we heading for meltdown as inflation spikes?

Stock market crash! Are we heading for meltdown as inflation spikes?