African Markets – Factors to watch on May 12 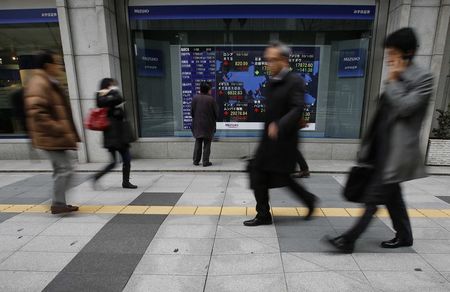 EMERGING MARKETS For the top emerging markets news, double click on STOCKS For the latest news on African stocks, click on .J

SOUTH AFRICA MARKETS South Africa’s touched a 16-month high against the dollar on Tuesday afternoon, helped by manufacturing figures that were far stronger than expected. CURRENCY No quotes for the naira NGN=D1 were available on Nigeria’s official market on Tuesday, in its fifth trading session of this month, traders said. MARKETS The Kenyan shilling weakened on Tuesday due to increased dollar demand from general merchandise importers and oil companies, traders said. CLIMATE Kenya aims to set up an emissions trading system that will allow companies and other bodies to buy emissions allowances, the finance minister said on Tuesday, as the country strives to limit the release of greenhouse gases. TELECOMS

Ethiopia’s sole mobile operator, Ethio Telecom, launched a mobile phone-based financial service on Tuesday, seeking to boost growth by offering cashless transactions. MARKETS The Ugandan shilling was firmer on Tuesday amid a continuing slide in appetite for hard currency from importers, traders said. LGTB A court in Cameroon sentenced two transgender women on Tuesday to five years in prison for “attempted homosexuality” and other offences after they were arrested for the clothes they wore in a restaurant, their lawyers said. LEONE MINING U.S. commodity trader Gerald Group will pay Sierra Leone $20 million and cede a 10% stake in an iron ore project as part of the resolution to a nearly two-year dispute that led to the shutdown of production, the two sides said. COAST POWER

For the latest base metals report click on MET/L

For the latest crude oil report click on O/L

How I Created Opportunities in a World Full of Obstacles