1. “Paris is the only city in the world where starving to death is still considered an art.”― Carlos Ruiz Zafon

4. “Paris is a place in which we can forget ourselves, reinvent, expunge the dead weight of our past.”― Michael           Simkins

7. “In Paris, our lives are one masked ball.” — Gaston Leroux

9. “When good Americans die, they go to Paris.” — Oscar Wilde

10. “Though I often looked for one, I finally had to admit that there could be no cure for Paris.” — Paula McLain

13. “In Paris, I really do like to try and do nothing… but that’s impossible.” — Christian Louboutin

14.“The chief danger about Paris is that it is such a strong stimulant.” — T.S. Eliot

16. “Breathe Paris in. It nourishes the soul.” — Victor Hugo

17. “I had forgotten how gently time passes in Paris. As lively as the city is, there’s a stillness to it, a peace that lures you in. In Paris, with a glass of wine in your hand, you can just be.” — Kristin Hannah

18. “In Paris, everybody wants to be an actor; nobody is content to be a spectator.” — Jean Cocteau

19. “Just add three letters to Paris, and you have paradise.” — Jules Renard

20. “That Paris exists and anyone could choose to live anywhere else in the world will always be a mystery to me.” — Midnight in Paris

21.“The whole of Paris is a vast university of Art, Literature, and Music… it is worth anyone’s while to dally here for years. Paris is a seminar, a post-graduate course in everything.” — James Thurber

22.“It’s true, you never forget your first love, and for me, that will always be Paris.” — Caitriona Balfe

23.“A final reminder. Whenever you are in Paris at twilight in the early summer, return to the Seine and watch the evening sky close slowly on a last strand of daylight fading quietly, like a sigh.” — Kate Simon

The Paris Book: Highlights of a Fascinating City

Breathtaking images, some in gatefold format, convey the beauty and essence of the French capital• Special features and interesting facts bring to life the city’s past and present• An inspiring gift or the perfect souvenir shaped by emperors, architects, and artists, Paris is a city of splendor, elegance, and romance; cosmopolitan and colorful, its streets pulse with life. 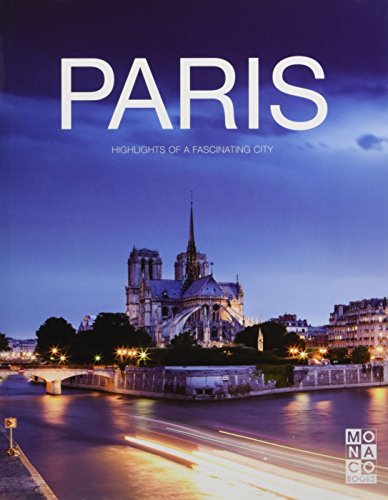 25. “There should be a name for the syndrome that occurs when you’re in Paris and you already miss it.”   — Rosecrans Baldwin

26. “Paris is a hard place to leave, even when it rains incessantly and one coughs continually from the dampness.”
― Willa Cather

27. “When spring comes to Paris the humblest mortal alive must feel that he dwells in paradise.” — Henry Miller

28. “I love Paris in the summer when it sizzles.”― Cole Porter

29. “A walk about Paris will provide lessons in history, beauty, and in the point of Life.” – Thomas Jefferson

30. “There are only two places in the world where we can live happy: at home and in Paris.” — Ernest Hemingway

31. “Whoever does not visit Paris regularly will never really be elegant.” — Honoré de Balzac

32.“And trade is art, and art’s philosophy, In Paris.”― Elizabeth Barrett Browning

33. “Paris is a city where time is best to spend by doing nothing”― Erich Maria Remarque

35.“ No one has the right to change Paris, the protesters say, and argue that the city is the patrimony of all mankind.” — John Vinocur

36.“There’s something about Paris, people just don’t have anything else do there but love each other.” — Louis Garrel

37.“If you have ever walked in Paris, you will see that Paris will ever walk in your memoires!.” — Mehmet Murat ildan

38.“Paris has always seemed, the only city where you can live and express yourself as you please.” — Natalie Clifford Barney

39.“I stared at absurd Paris, which was as cluttered now, under the scalding sun, as the landscape of my heart.”
― James Baldwin

40. “Paris, viewed from the towers of Notre Dame in the cool dawn of a summer morning, is a delectable and a magnificent sight; and the Paris of that period must have been eminently so.”― Victor Hugo

41. “I head in the direction of the Eiffel Tower when I exit the alley, relieved to be out of the dark.”― Ashley Earley

42. “The breath of Paris pushes at my shutters. From the Balcony”― Jennifer Reeser

43. “To breath, the air of Paris preserves the soul.”― Victor Hugo

44. “Paris. City of love. City of dreams. City of splendor. City of saints and scholars. City of gaiety. Sink of iniquity. In two thousand years, Paris had seen it all.”― Edward Rutherfurd

45. “Paris at night is a street show of a hundred moments you might have lived.”― Courtney Maum

48. “If you were in Paris your food might as well glitter.”― Michelle Gable

A city built on two millennia of history, Paris is entering the third century of its love story with photography.It was on the banks of the Seine that Niépce and Daguerre officially gave birth to this new art that has flourished ever since, developing a distinctive language and becoming a vital tool of knowledge.Paris: Portrait of a City leads us 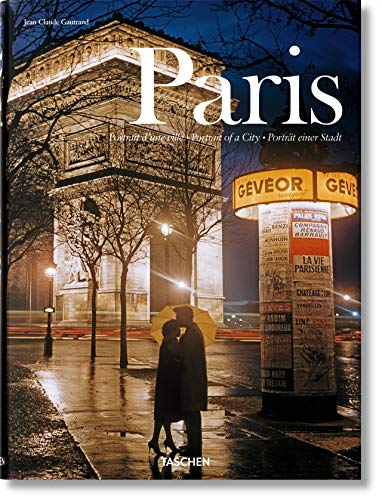 If you enjoyed these quotes, here are some other quotes and articles that are sure to help improve your life.

– 50 Romantic Thinking of You Quotes

– Coolio Net Worth and Key Habits for Success

“I head in the direction of the Eiffel Tower when I exit the alley, relieved to be out of the dark.”― Ashley Earley

“I love Paris in the summer when it sizzles.”― Cole Porter

Pets on video calls and desk discos: the upsides of working from home | The new rules of work

With Positive Tests, the Rules Change for Some Players in Australia